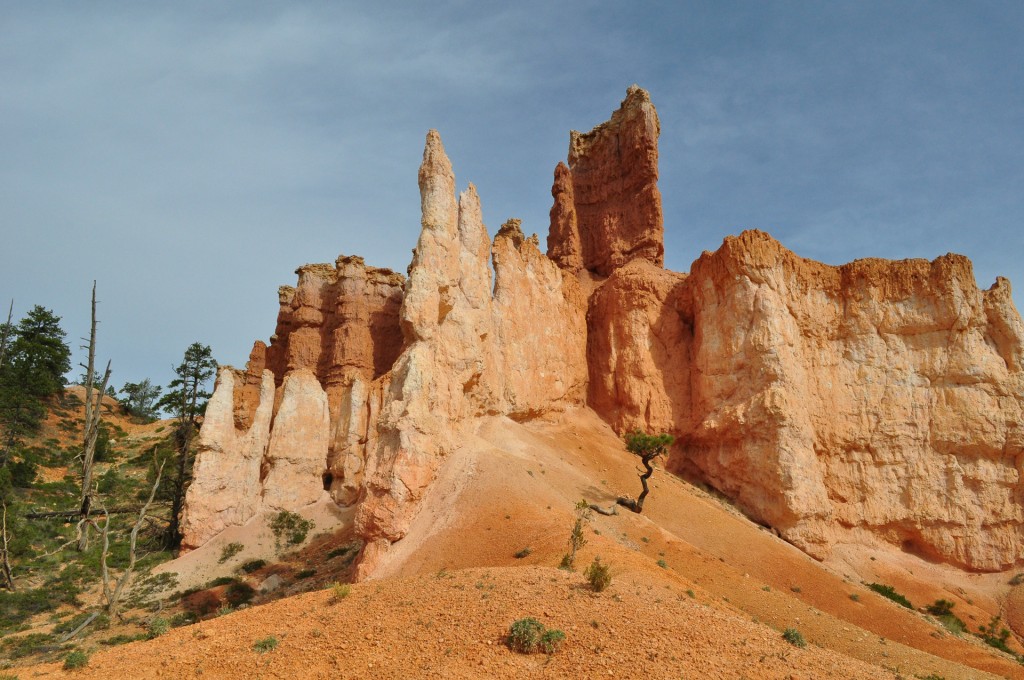 26 Give thanks to the God of heaven,
for his steadfast love endures forever. (ESV)

18 Whoever tends a fig tree will eat its fruit,
and he who guards his master will be honored.
19 As in water face reflects face,
so the heart of man reflects the man.
20 Sheol and Abaddon are never satisfied,
and never satisfied are the eyes of man.
21 The crucible is for silver, and the furnace is for gold,
and a man is tested by his praise.
22 Crush a fool in a mortar with a pestle
along with crushed grain,
yet his folly will not depart from him.

23 Know well the condition of your flocks,
and give attention to your herds,
24 for riches do not last forever;
and does a crown endure to all generations?
25 When the grass is gone and the new growth appears
and the vegetation of the mountains is gathered,
26 the lambs will provide your clothing,
and the goats the price of a field.
27 There will be enough goats’ milk for your food,
for the food of your household
and maintenance for your girls.
(ESV)

30 And when they had sung a hymn, they went out to the Mount of Olives. 31 Then Jesus said to them, “You will all fall away because of me this night. For it is written, ‘I will strike the shepherd, and the sheep of the flock will be scattered.’ 32 But after I am raised up, I will go before you to Galilee.” 33 Peter answered him, “Though they all fall away because of you, I will never fall away.” 34 Jesus said to him, “Truly, I tell you, this very night, before the rooster crows, you will deny me three times.” 35 Peter said to him, “Even if I must die with you, I will not deny you!” And all the disciples said the same.

36 Then Jesus went with them to a place called Gethsemane, and he said to his disciples, “Sit here, while I go over there and pray.” 37 And taking with him Peter and the two sons of Zebedee, he began to be sorrowful and troubled. 38 Then he said to them, “My soul is very sorrowful, even to death; remain here, and watch with me.” 39 And going a little farther he fell on his face and prayed, saying, “My Father, if it be possible, let this cup pass from me; nevertheless, not as I will, but as you will.” 40 And he came to the disciples and found them sleeping. And he said to Peter, “So, could you not watch with me one hour? 41 Watch and pray that you may not enter into temptation. The spirit indeed is willing, but the flesh is weak.” 42 Again, for the second time, he went away and prayed, “My Father, if this cannot pass unless I drink it, your will be done.” 43 And again he came and found them sleeping, for their eyes were heavy. 44 So, leaving them again, he went away and prayed for the third time, saying the same words again. 45 Then he came to the disciples and said to them, “Sleep and take your rest later on. See, the hour is at hand, and the Son of Man is betrayed into the hands of sinners. 46 Rise, let us be going; see, my betrayer is at hand.”

47 While he was still speaking, Judas came, one of the twelve, and with him a great crowd with swords and clubs, from the chief priests and the elders of the people. 48 Now the betrayer had given them a sign, saying, “The one I will kiss is the man; seize him.” 49 And he came up to Jesus at once and said, “Greetings, Rabbi!” And he kissed him. 50 Jesus said to him, “Friend, do what you came to do.” Then they came up and laid hands on Jesus and seized him. 51 And behold, one of those who were with Jesus stretched out his hand and drew his sword and struck the servant of the high priest and cut off his ear. 52 Then Jesus said to him, “Put your sword back into its place. For all who take the sword will perish by the sword. 53 Do you think that I cannot appeal to my Father, and he will at once send me more than twelve legions of angels? 54 But how then should the Scriptures be fulfilled, that it must be so?” 55 At that hour Jesus said to the crowds, “Have you come out as against a robber, with swords and clubs to capture me? Day after day I sat in the temple teaching, and you did not seize me. 56 But all this has taken place that the Scriptures of the prophets might be fulfilled.” Then all the disciples left him and fled. (ESV)

11:1 I wish you would bear with me in a little foolishness. Do bear with me! 2 For I feel a divine jealousy for you, since I betrothed you to one husband, to present you as a pure virgin to Christ. 3 But I am afraid that as the serpent deceived Eve by his cunning, your thoughts will be led astray from a sincere and pure devotion to Christ. 4 For if someone comes and proclaims another Jesus than the one we proclaimed, or if you receive a different spirit from the one you received, or if you accept a different gospel from the one you accepted, you put up with it readily enough. 5 Indeed, I consider that I am not in the least inferior to these super-apostles. 6 Even if I am unskilled in speaking, I am not so in knowledge; indeed, in every way we have made this plain to you in all things.

7 Or did I commit a sin in humbling myself so that you might be exalted, because I preached God’s gospel to you free of charge? 8 I robbed other churches by accepting support from them in order to serve you. 9 And when I was with you and was in need, I did not burden anyone, for the brothers who came from Macedonia supplied my need. So I refrained and will refrain from burdening you in any way. 10 As the truth of Christ is in me, this boasting of mine will not be silenced in the regions of Achaia. 11 And why? Because I do not love you? God knows I do!

12 And what I do I will continue to do, in order to undermine the claim of those who would like to claim that in their boasted mission they work on the same terms as we do. 13 For such men are false apostles, deceitful workmen, disguising themselves as apostles of Christ. 14 And no wonder, for even Satan disguises himself as an angel of light. 15 So it is no surprise if his servants, also, disguise themselves as servants of righteousness. Their end will correspond to their deeds. (ESV)